Emeline S. Burlingame, an editor and evangelist, and Sara Jane Lippincott, an author and journalist, celebrated birthdays during this week. 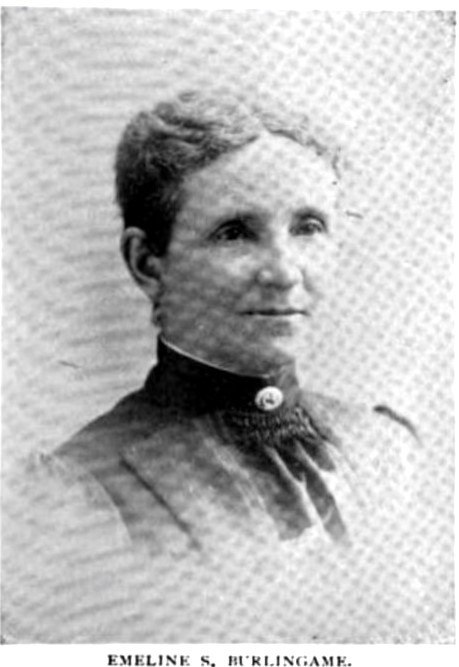 Emeline S. Burlingame, an editor and evangelist, was born in Smithfield, Rhode Island on September 22, 1836.  She grew up in Rhode Island and attended Providence High School and Rhode Island Normal School. Emeline married Luther Rawson Burlingame on November 24, 1859, and raised her family while also writing, editing, and participating in causes she believed in. The family lived in Whitestone, New York in 1865, Dover, New Hampshire in 1870, and Providence, Rhode Island in 1880.

Emeline lost two of her three sons at very young ages, a daughter at age nineteen, and Luther in 1890.  Emeline married Dr. Oren Burbank Cheney, the president of Bates College, on July 5, 1892, and moved to his home in Lewiston, Maine.

A leader in women's causes, she was elected as corresponding secretary of the National Council of Women in 1894. Emeline's colleagues on committees included J. Ellen Foster, Belva Lockwood, and Rev. Anna Howard Shaw.  Working with other women, Emeline lent her talent and voice to the Atlanta Exposition in 1895. She spoke about "The Influence of Home and Foreign Mission Work on Women's Development," a topic she knew quite well.

After Oren’s death, Emeline wrote The Story of the Life and Work of Oren B. Cheney: Founder and First President of Bates College, which was published in 1907.  She passed away on February 26, 1923, and was buried in Procidence’s Swan Point Cemetery. 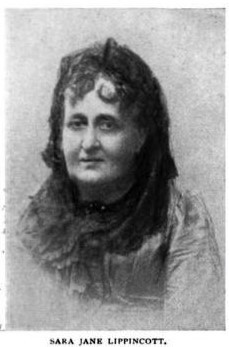 Sara Jane Lippincott, an author and journalist, was born in Pompey, New York on September 23, 1823.  She grew up in Rochester, New York and lived in Philadelphia, Pennsylvania after her 1853 marriage to Leander K. Lippincott.  Later, she lived in Washington, D.C. and New Rochelle, New York.

Professionally, Sara was best known as "Grace Greenwood."  Beginning in the mid-1850s, she edited The Little Pilgrim, a periodical for children.  A very popular writer and journalist, Sara contributed to many periodicals, including All The Year Round, Atlantic Monthly, Harper's Magazine,  Hearth and Home, Home Journal, Household Words, Independent, New York Mirror, New York Times, and New York Tribune.  She also wrote several books, including Greenwood Leaves, Recollections of my childhood, and other stories, and Stories and Sketches.

Sara passed away on April 20, 1904, and was buried in Grove Cemetery in New Brighton, Pennsylvania.