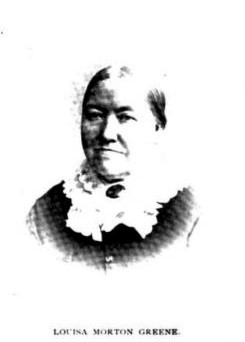 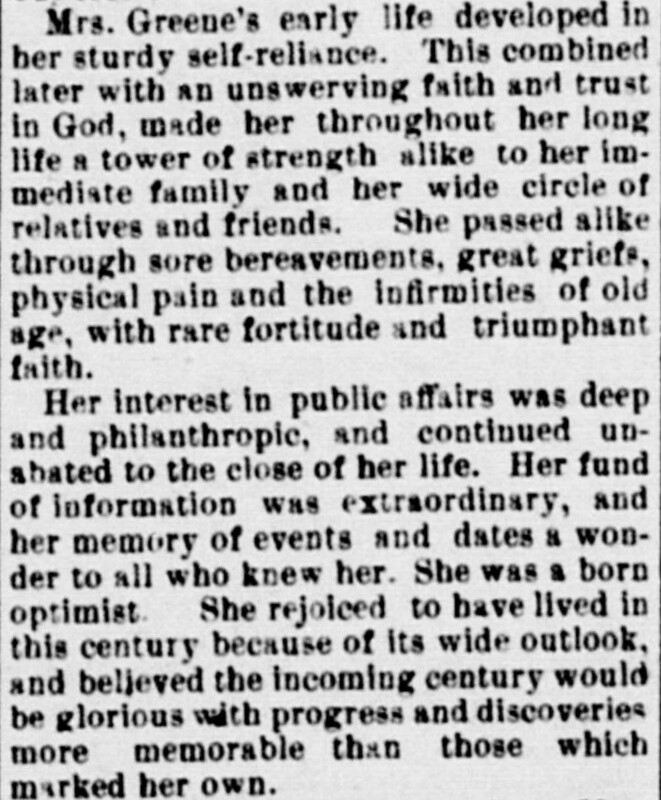 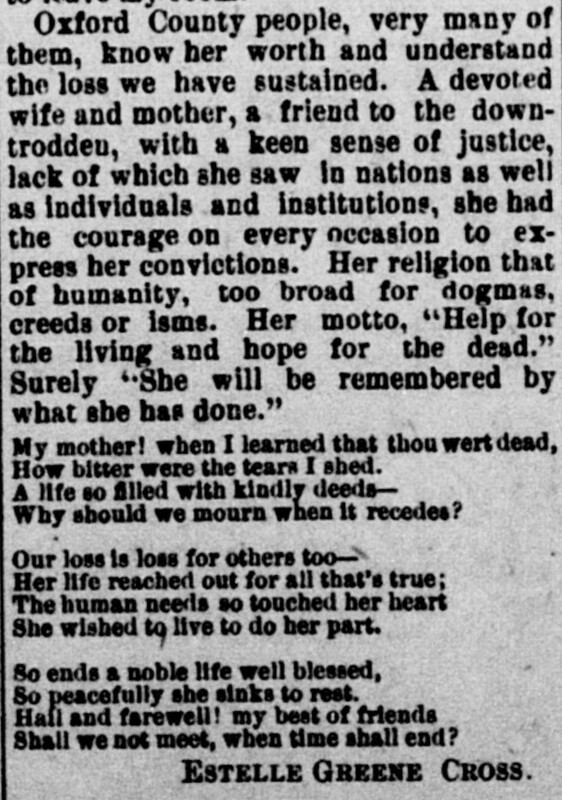 Louisa was involved in many philanthropic and reform activities, including ministering to the sick using the Water Cure, and participating in philanthropy, anti-slavery reform, temperance reform, and suffrage efforts. Louisa utilized her public speaking and journalistic talents on behalf of the causes she believed in.

Before the Civil War,  Louisa wrote poetry, contributed articles to the Oxford Democrat, and led anti-slavery efforts in her area   As her daughter Christina later remembered, Louisa was very active in the war effort:  "During the civil war Mrs. Greene's patriotic labors were untiring.  In addition to multitudinous household duties, which were always faithfully performed, she took upon herself the labor of collecting, preparing and forwarding hospital supplies for the boys at the front who were so dear to her heart."

In 1869, Louisa's family moved to Manassas, Virginia, residing at the home they named Birmingham. She became a widow four years later.

Louisa passed away in Washington, D.C. on March 5, 1900, and her ashes were buried in the family plot at St. Paul's Cemetery in Alexandria, Virginia.  In addition to Christina's beautiful obituary, Louisa's daughter Estelle also penned a farewell announcement and included a poem that she had written about her mother's passing.  Within her tribute, Estelle included Louisa's motto: "Help for the living and hope for the dead."

At the National American Woman Suffrage Association Convention in February of 1902, it was announced that Louisa had bequeathed $100 to the organization.

“GREENE, Mrs. Louisa Morton,” A Woman of the Century: A Crowdsourcing Project of the Nineteenth and Twenty-First Centuries, accessed September 28, 2022, http://marykatemcmaster.org/WOC/items/show/156.