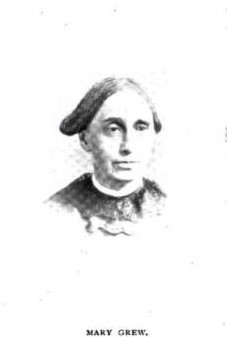 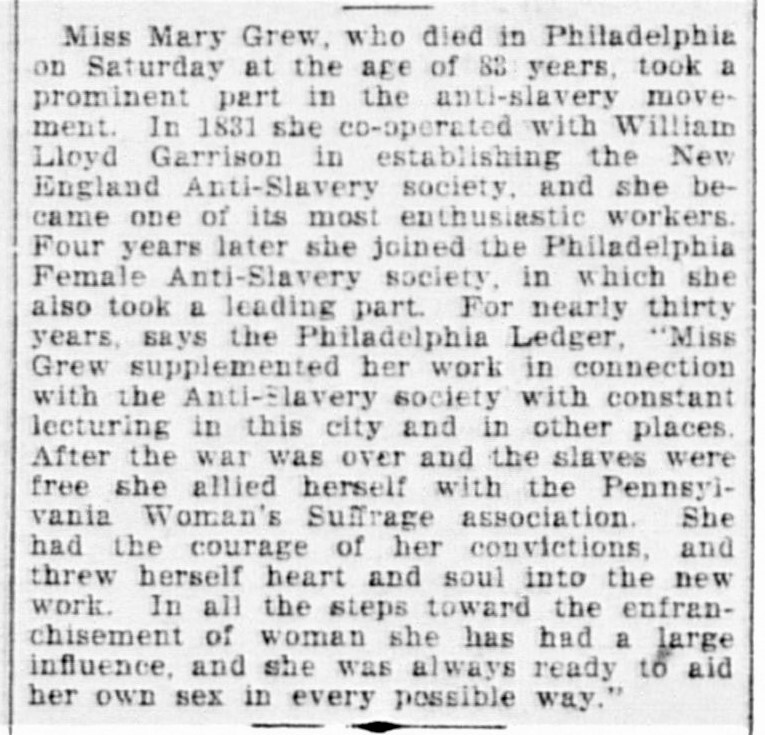 Anti-slavery agitator and preacher Mary Grew was born in Hartford, Connecticut on September 1, 1813.  She later lived in Boston, Massachusetts and Pennsylvania, Pennsylvania.

Also interested in women's rights, Mary was a founder and leader of the Pennsylvania Woman Suffrage Association.

Eager to share her ideas on religion with a large audience, Mary became a Unitarian minister and preached at churches of many denominations.

“GREW, Miss Mary,” A Woman of the Century: A Crowdsourcing Project of the Nineteenth and Twenty-First Centuries, accessed December 3, 2022, http://marykatemcmaster.org/WOC/items/show/174.