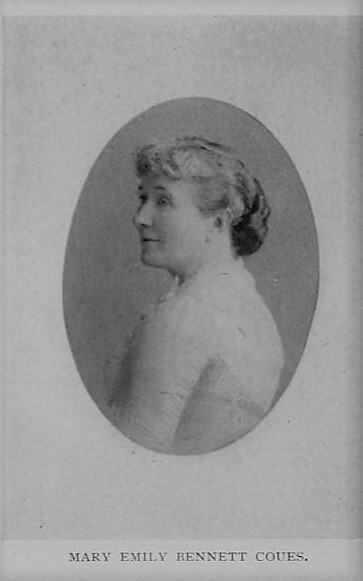 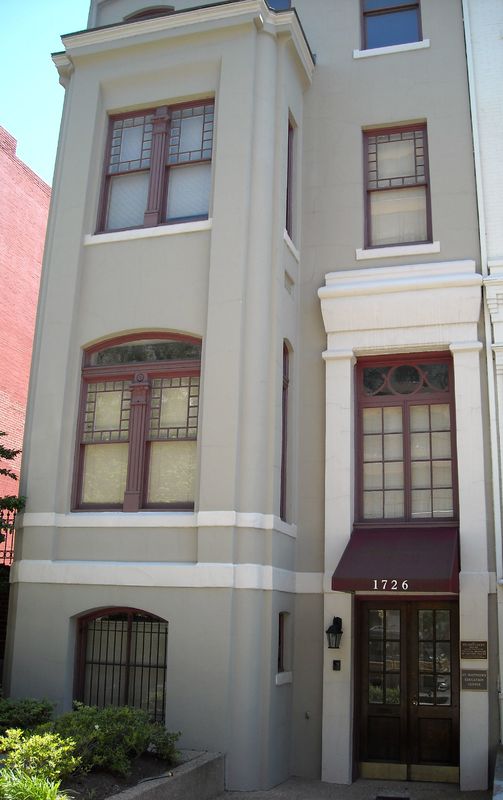 After traveling to and living abroad, Mary Emily married Philadelphia merchant Joseph W. Bates.  In addition to their Philadelphia mansion at 1814 Chestnut Street, the couple lived in Yorkshire, England.  Joseph passed away in 1886.

The next year, Mary Emily married Dr. Elliott Coues, a scientist and writer, in a ceremony performed by Edward Everett Hale.  Mary Emily and Elliot lived at 1726 N Street NW in Washington, D.C.

Mary Emily and Clara Barton were two of the founding members of the Pro Re Nata women's club in Washington, D.C. in 1892.  She was one of Pro Re Nata's representatives to the Washington Liberty Bell Association in 1893, helping to promote a performance of "As You Like It" for people in Washington.


In addition, Mary Emily and Elliott were involved with the World Psychical Science Congress in Chicago in 1893,  Mary Emily was a member of the Woman's Psychical Congress Committee, along with Frances Elizabeth Willard, Myra Bradwell, and several other women.

The Washington Times supported Mary Emily's 1894 bill "To prohibit expectoration in public places," noting that it "deserves from the general public as serious consideration as it has been given by the Pro Re Nata Club.  It has both aesthetic and sanitary claims."

In 1895, she became a member of the Floyd Memorial Association, a group of people who strove to erect a memorial to the noted explorer of the West.

Mary Emily, who was widowed on Christmas Day in 1899, was living at her Washington, D.C. home at the turn of the century.  In mid-February of 1904 and 1905, she attended receptions at the White House given by President and Mrs. Roosevelt.  Mary Emily passed away in 1906.

“COUES, Mrs. Mary Emily Bennett,” A Woman of the Century: A Crowdsourcing Project of the Nineteenth and Twenty-First Centuries, accessed September 28, 2022, http://marykatemcmaster.org/WOC/items/show/245.